Above Malbun at 2,000 meters above sea level, a queen can regularly be found: she has nine-centimeter-long talons, is 31 years old, weighs seven kilograms, and has a speed of over 200 kilometers per hour. We are talking about Taiga, a female golden eagle with a wingspan of 2.20 meters. Together with the experienced falconer Norman Vögeli, she demonstrates her impressive skills to individuals and groups on the eagle experience walks, which are unique in the world, from spring to fall. 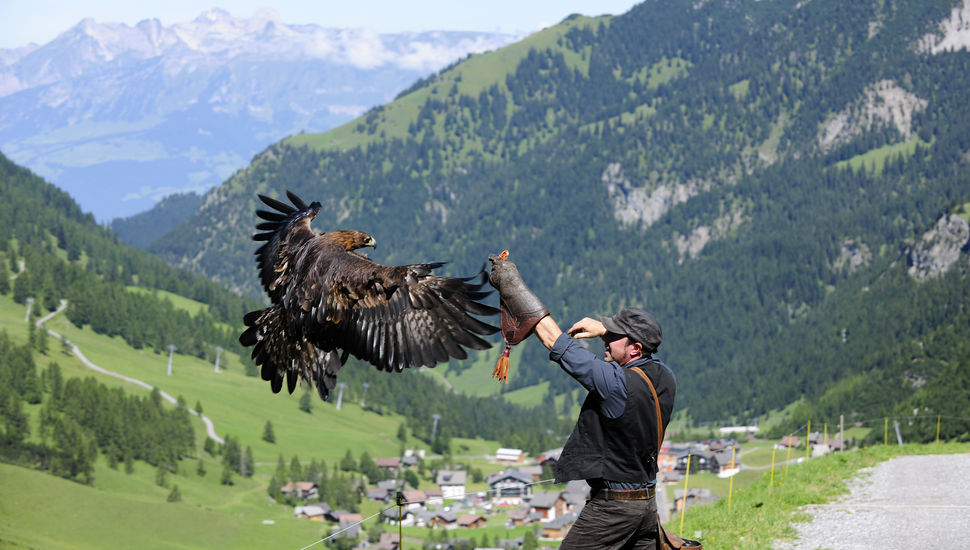 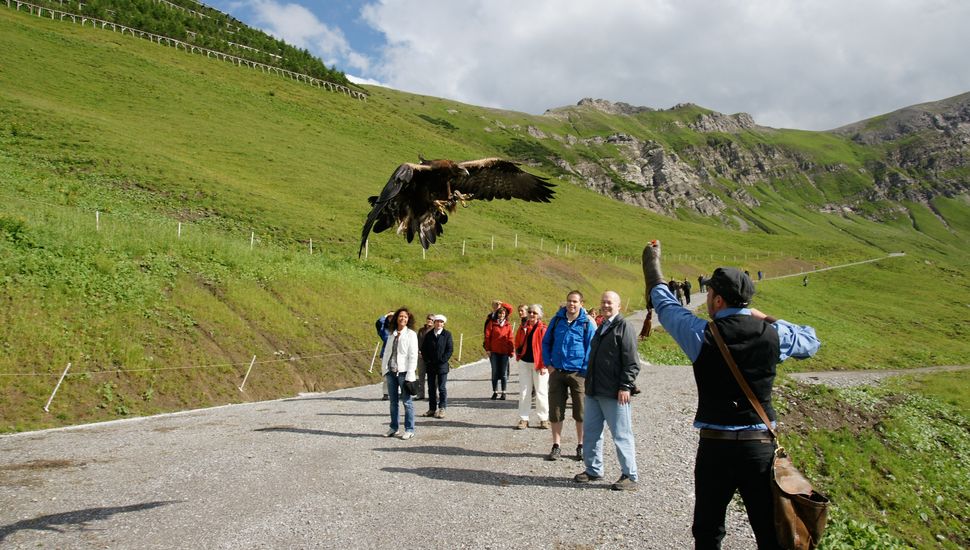 The worldwide unique eagle experience hike takes place at about 2,000 m.a.s.l. in the natural habitat of the golden eagles. Experience an eagle hike with Norman Vögeli and share his enormous knowledge about the biological and historical background of falconry. 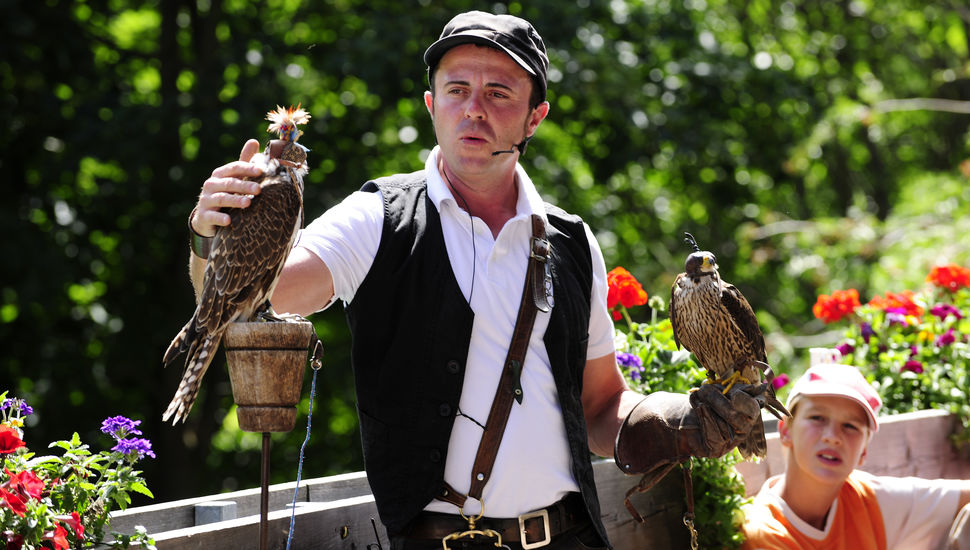 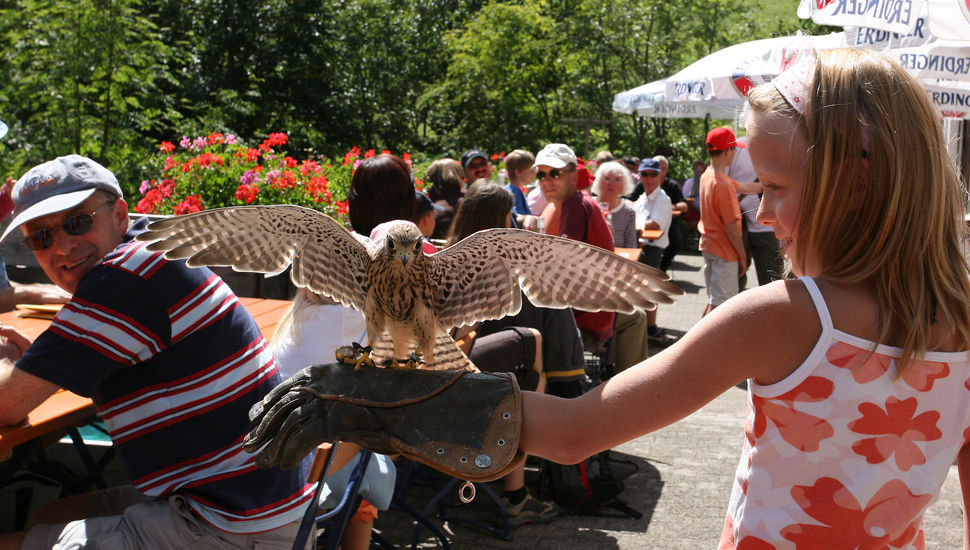 In Vögeli's falconry and hotel business "Galina", 20 other birds of prey, including hawks, falcons and a buzzard, are waiting to fly out in a daily show. But the biggest attraction remains the queen of the skies - although Norman Vögeli could lose his female golden eagle to nature at any moment, because eagles cannot be tamed. As soon as the hunting birds reach sexual maturity at the age of five, they look for a partner with whom they spend the rest of their lives monogamously. But Taiga has chosen Norman Vögeli and is giving up her natural territory, which in the wild would be at least as large as the whole of Liechtenstein.

Norman Vögeli is a falconer with a passion. Anyone who embarks on an eagle hike in Malbun can witness this. The hotelier has achieved what only a handful of people before him have managed: That his eagle lady "marries" him. He owes this to his enormous knowledge of birds of prey and his unerring instinct for them.

Norman, honestly: Did you choose your hobby to match your name or is "Vögeli" your stage name?
Norman Vögeli: I only realized that my name was a funny coincidence when a journalist pointed it out to me many years ago. Although one says: "Nomen est omen", I am the only falconer in the family. Already as a child I was carried away when the forester told me about the eagle's nest.

Only very few eagles stay with their falconer even after sexual maturity. Taiga married you, so to speak?
I received the eagle Taiga when she was eight years old and she has lived with me ever since. Eagles are sexually mature after five years and then look for a partner with whom they spend their lives monogamously. Taiga has chosen me. Nevertheless, I never know if she will stay with me.

Why? Is she not tame?
You can't tame eagles. An eagle makes its decisions autonomously throughout its life, even if it has grown up with humans. In its first five years, it may still find it convenient that it doesn't have to fight as hard for its food as its conspecifics. But after that, most falconers lose their eagles to nature.

How do you communicate with Taiga?
She perceives my vibrations and vice versa. She notices exactly when I am in a bad mood. Then it's better I don't get too close to her. And I also notice when she is not in the mood for visitors. Then I leave her alone.

And if you want to take her on an eagle hike with guests and she doesn't feel like it?
Then she doesn't feel like it. I can't manipulate her. Eagles don't know social constraints like we humans do. They live in the here and now. I respect that. That's the only reason Taiga is still with me. But I have another eagle. One of them is usually in a good mood for the hike.

How do you perceive their vibrations?
We humans don't function that differently from the birds. To sense them is the art. And you have to be intensively involved with the animals. If you took away all the crutches of modern civilization - like antibiotics, supermarkets and welfare - and we had to fight for survival again, we would behave similarly to the eagles.

What do you mean?
We would surround ourselves only with the people who are good for us. With eagles, there are different characters. There will never be two together that are exactly the same. There have to be two different types that support and complement each other.

Is that one of your credos in mental coaching?
In the context of team building, I address these issues during the eagle hike. Mixed teams are more successful - even in nature. These systems and strategies have proven themselves with the eagles for thousands of years under the difficult conditions. We can continue to learn a thing or two there.

Is it true that Taiga likes Jimi Hendrix?

When I want to hunt with her, I arouse her hunting instinct beforehand by playing music from the 60s that is somewhat aggressive. People used to do the same thing before wars. They put themselves in a trance with music and prepared themselves spiritually for their possibly imminent death. With Jimi, Taiga gets going quite a bit.

Liechtenstein's ex-skiing ace Tina Weirather visits the Galina Falconry
in Malbun and learns from falconer Norman Vögeli about the king of the air. 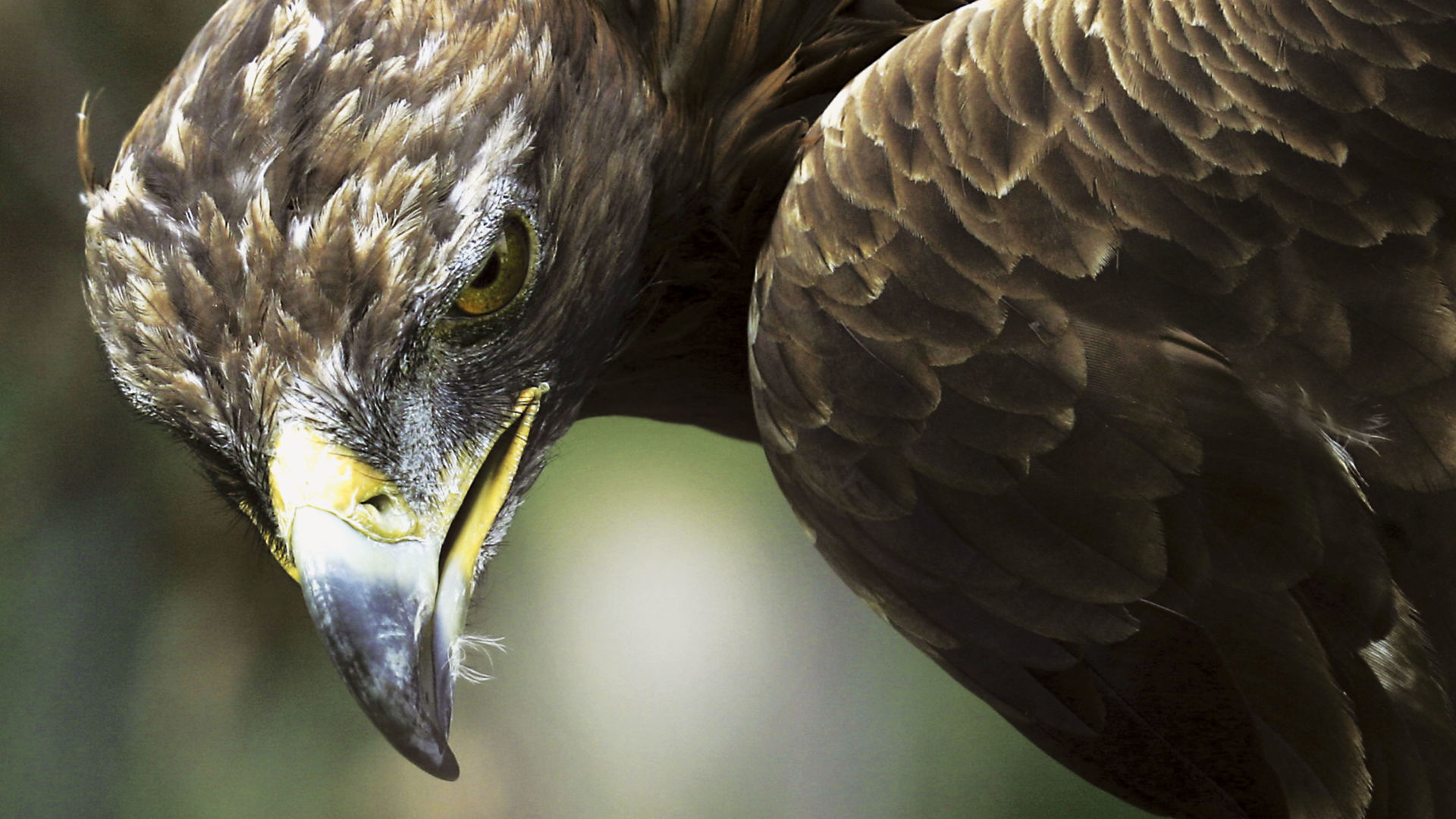 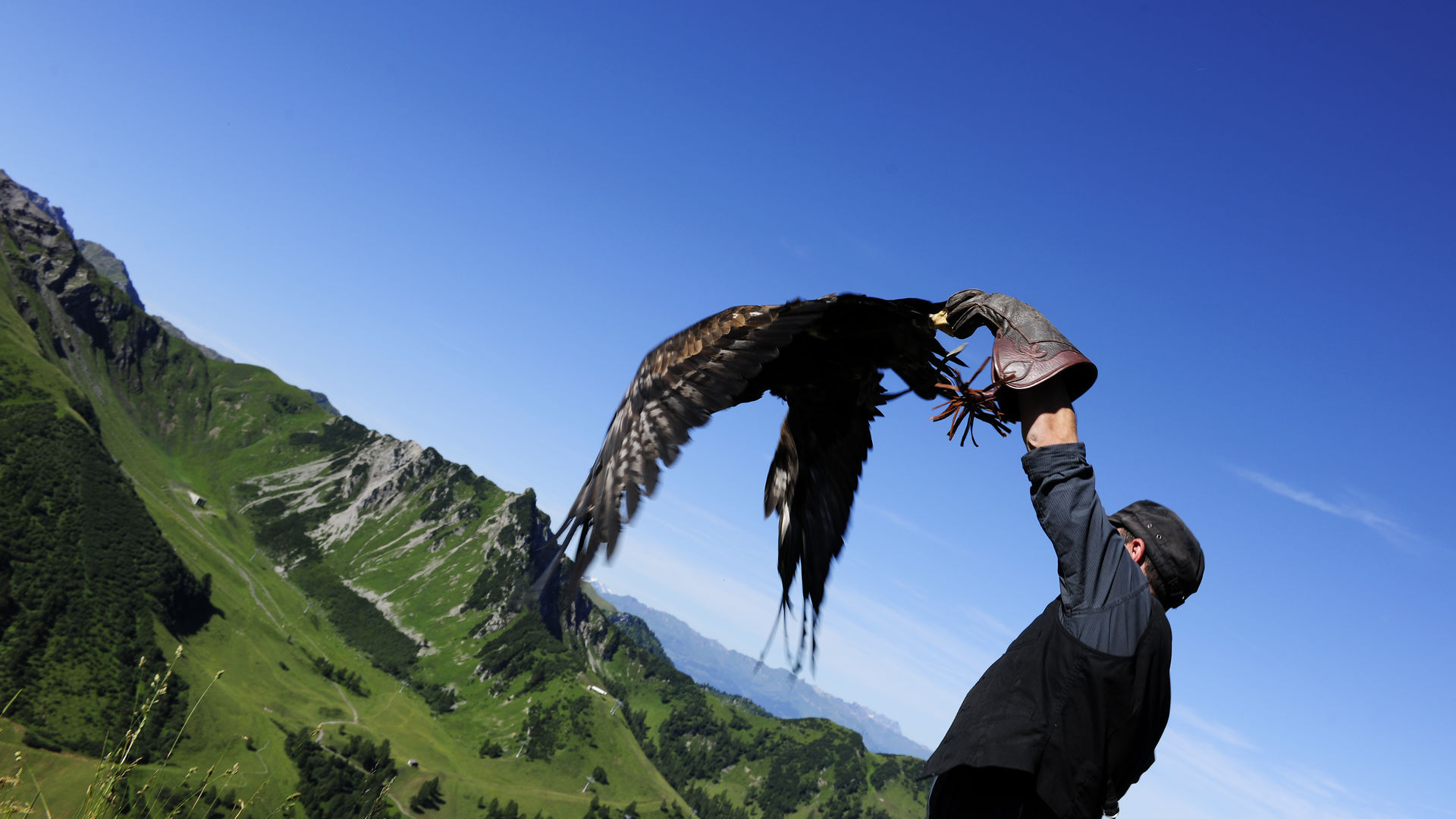 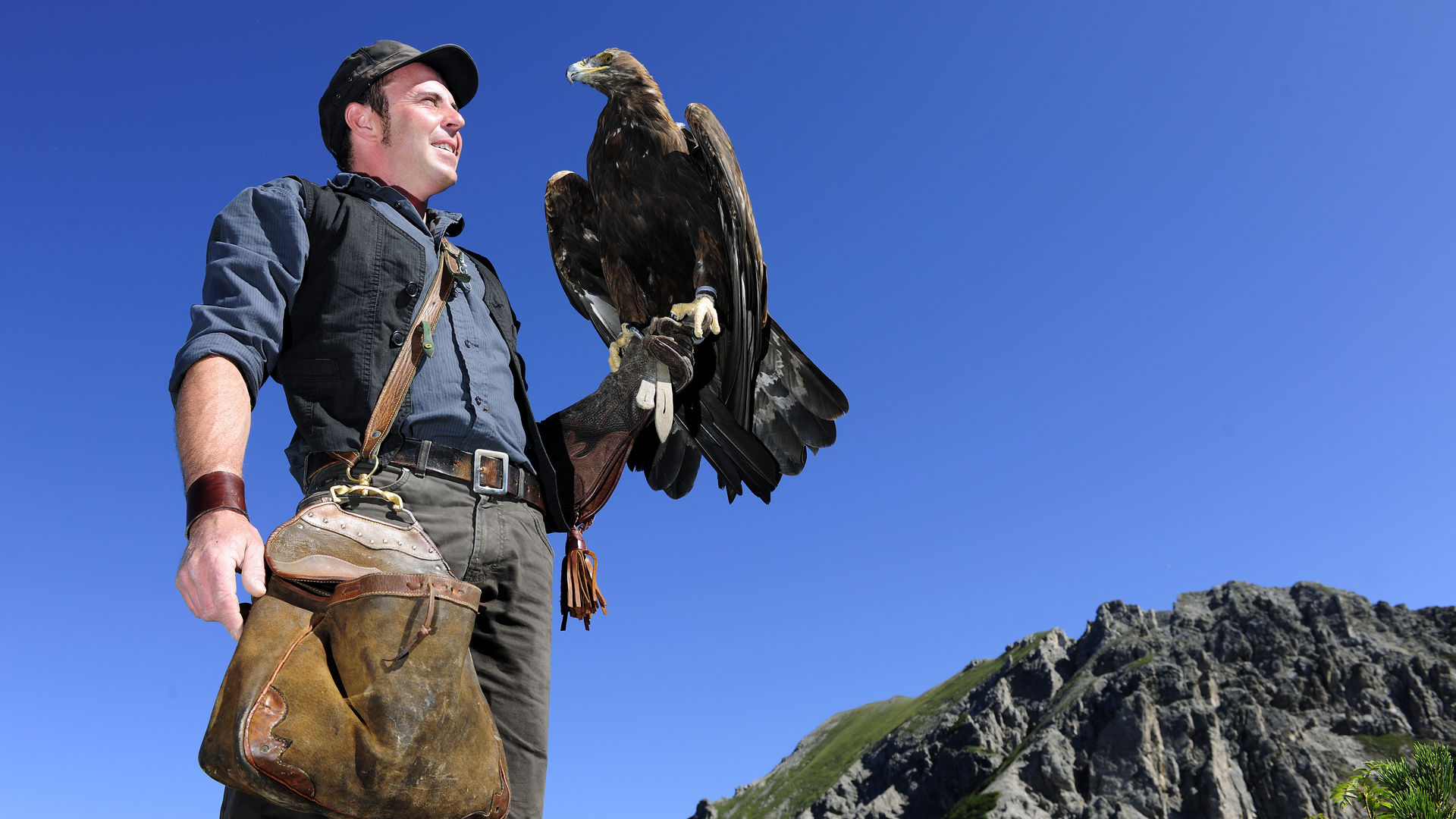 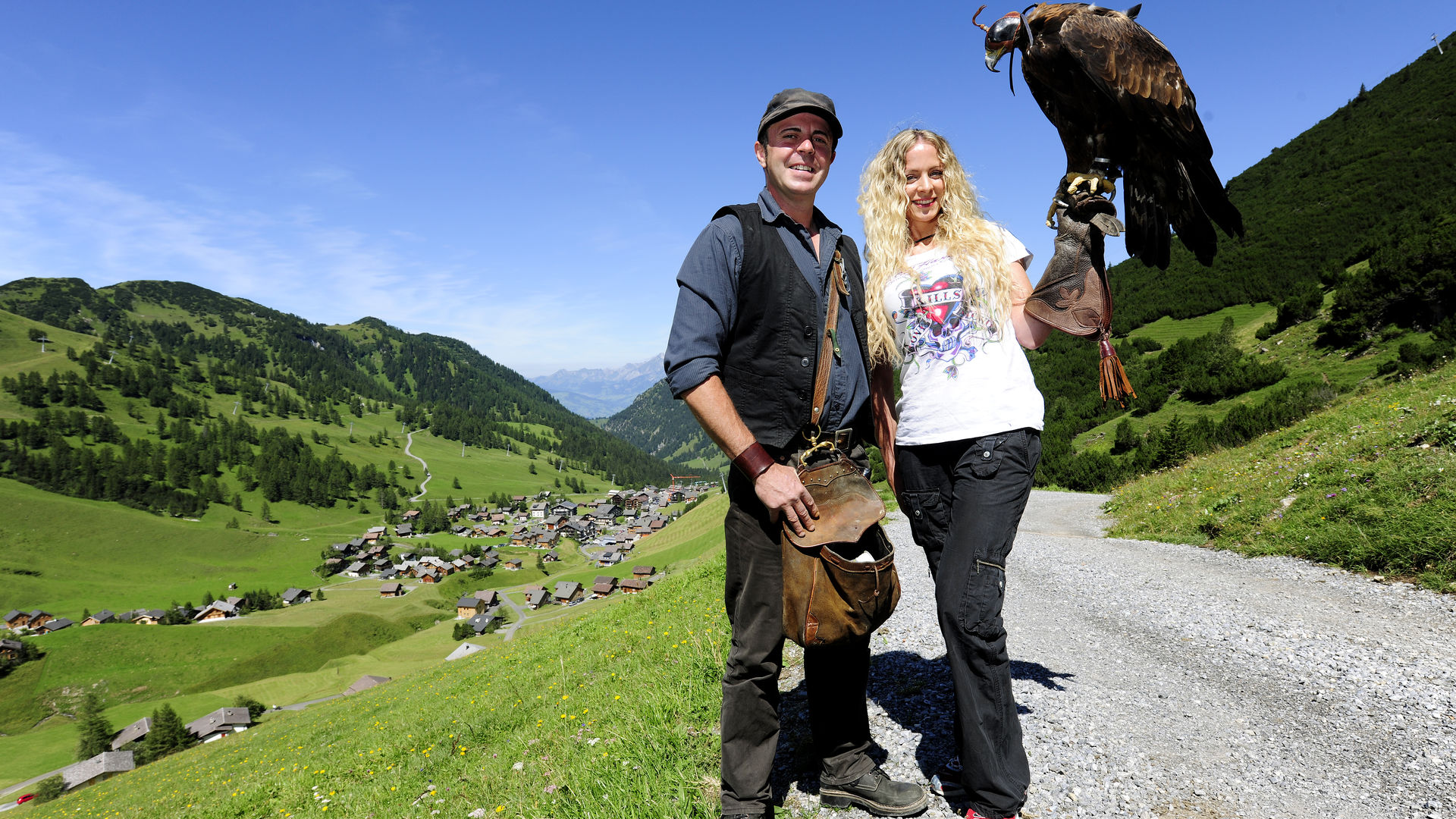