Rheinberger House was one of the first administrative buildings in the present day government quarter.

The Rheinberger House origins date back to the time of the Count of Sulz in the 16th century.

In 1826 it was assigned to the family of the Princely Tax Collector (Rentmeister) Johann Peter Rheinberger as his official residence.

It was here that in 1839 the later composer Josef Gabriel Rheinberger came into the world. He died in Munich in 1901. The house of his birth passed to state ownership in 1957. Following a thorough renovation in the sixties, it has been the principal premises of the Liechtenstein School of Music since 1969.

To mark the centenary of Josef Gabriel Rheinberger's birth in 1939, a competition was held to create a memorial for the composer. The winning project was a design by Franz Marcel Fischer, which was subsequently erected in 1940 in front of Rheinberger House.

The monument consists of a bronze bust, depicting Josef Gabriel Rheinberger in a realistic pose. To the left is a relief of a lyre – symbolising music – and to the right an engraved inscription plate. 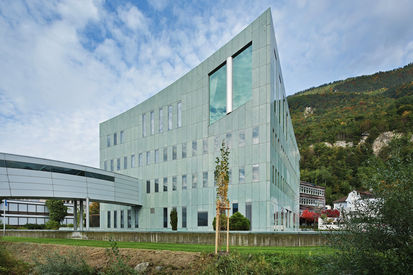 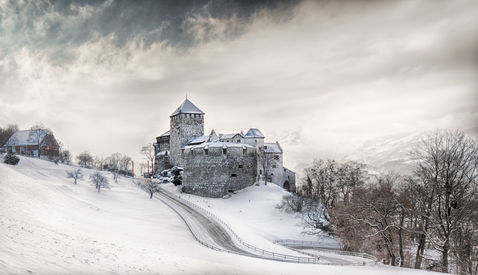