The sculpture, which displays a reclining naked female figure as a symbol of the sleeping soul in figurative style, is in the tradition of monumental sculpture and therefore intended for display outoors.

"Art is always an exaggeration of reality, its colour, its form, its spiritual significance," says Ferndano Botero when asked about the elaborate forms of his figures, which distinguish both his painting and sculptures. In his works, Botero illustrates the senusalitiy, beauty and fertility of the woman.

Botero studied in Bologna, Florence and Madrid. Having studied the works of Fransico de Goya and Diego Velàzquez, he emulated their technical perfection. His pictures and sculptures often depict corpulent, grotesque-naive beings alone or in groups. Gigantic women stand alongside men shrunken to dwarf size. This volume represents the presence of the figures that fill the space and location. Nevertheless, they still convey balance and beauty. Botero has lived in New York since 1960.

For more information about the artist visit www.fernando-botero.de. 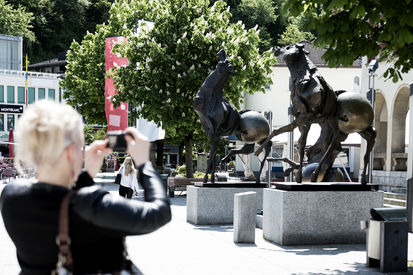 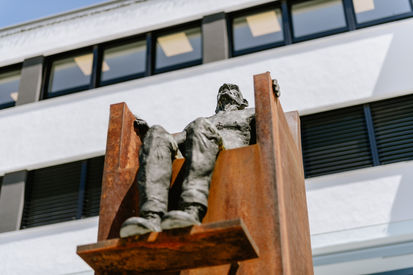