Triesenberg - On the trail of the Walser spirit

Gallery preview
Travel, holidays, vacations / Principality of Liechtenstein ›On the trail of the Walser spirit

On the trail of the Walser spirit

Triesenberg is a traditional mountain village in Liechtenstein. With roots as a Walser settlement in the 13th 14th century, the municipality continues to honour its venerable history.

But where precisely is the ancient Walser spirit still tangible after around 700 years?

Traditionally known for being "stubborn", "idiosyncratic" and "tough" – but in a warm and endearing sense: the inhabitants of Triesenberg, located high above Liechtenstein's capital Vaduz and the neighbouring municipality of Triesen. Whether they are still so different from the rest of the population in Liechtenstein is anyone's guess. At any rate, the inhabitants of Triesenberg are unequivocally proud of their heritage. For unlike those who live in the valleys, the inhabitants of the mountain municipality are direct descendants of the Walsers – those stockbreeders and mountain farmers from Valais, who left their homelands in the 12th and 13th century and spread in all directions. The earliest written document to mention the Walsers at Triesenberg dates from 1355. This is an arbitration ruling issued by the comital magistrate, in which they are recognised as owners of a part of Malbun Alp. It is believed, however, that they had already become settled in Liechtenstein by the end of the 13th century.

There are of course many stories about the history of the Walsers and their development in Triesenberg. The following, however, addresses the question of where the Walser spirit can still be discerned today. For even if the municipality has in the interim developed into a popular place to live for Liechtenstein citizens in general, Triesenberg has remained "a very special place" in many respects. And the sense of cohesion between Triesenberg residents is as strong as it has always been.

The pithy Walser dialect
"What did he just say?" many visitors ask when they speak with an original Trisenberg inhabitant. There is good reason for this. Those who are not accustomed to the pithy Walser dialect do indeed find it very difficult to understand. The dialect differs markedly from the dialects spoken in the other municipalities, and is characterised inter alia by its unusually frequent vowels as well as by the shift of the "s" to "sch" and its idiosyncratic diminutive forms. This causes "Mäuse" (mice) to be pronounced "Müüsch" or "Wald" (forest) to be pronounced "Waldi". For the inhabitants of Triesenberg, it is a remarkable achievement that they have been able to nurture their language over such a long period, and have prevented this from becoming diluted. And it is a fact that the dialect is the most notable shared characteristic of all Walsers. It represents a link stretching back over 700 years between all Walser settlements in the central Alpine region and their origins along the River Rhône.

Masescha Chapel as heritage
The early migrants from Valais initially settled at higher altitudes such as Masescha, before spreading down towards the valley and establishing the hamlet of Triesenberg. To this day, the small chapel on Masescha stands as a historical witness to the earliest period of the Walser. Its "original structure" was probably established as a sacral meeting place for the Walsers shortly after they arrived, and played an important role in the cohesion of these industrious settlers. It was here that people met to honour the Walser Saint Theodul, and to find new strength for future endeavours. In the 15th century, the so-called "nave" was probably added to the original chapel. Since the 19th century, work has been undertaken to prevent further structural deterioration. In 1955 the legendaryTheodul Bell was made part of the municipal coat of arms. To this day – as in days of yore – the Walser Saint Theodul continues to be honoured in the Chapel on Masescha.

The hamlet
Those who stroll through Triesenberg today will encounter ancient traditions on practically every step of their journey. The village has grown organically over the centuries. While the early Walser single farmstead settlements were characteristic of the higher regions such as Masescha and Gnalp, they later spread towards the valley, where they established their typical scattered settlements with hamlets such as Üenaboda, Rotaboda, Fromahus, Steinord, Wangerbärg and Litzi. Although much of the once distinctive hamlets have been incorporated into a larger settlement by the busy construction activity seen since the 1950s, individual hamlets – such as for example Prufatscheng – have been able to preserve the historic character of scattered settlements. This is also partly due to historical preservation activities, which strive to conserve historic wooden stables and buildings. These include the 400 year-old "Walser House" that stands at the centre of Triesenberg, and makes the domestic culture of the 19th century tangible for visitors to this day.

"Hands-on" Walser culture
Being proud of its roots, the municipality invests a great deal in memorials of its heritage. The Triesenburg Heritage Museum, for example, to which the 400 year-old Walser House also belongs, informs visitors about the history, culture and customs of the Walser. For those who are interested in the sagas, legends and stories of the ancient people, the Walser Saga Path is ideal. Hikers encounter bizarre figures here, such as for example the "Wildmannli" ("Wild Man") or the "Feuerroten Geissbock" ("Fire-Red Billy-Goat"), and discover what the "Nachtvolk" ("Night People") are all about. A very special adventure path. Those who seek further evidence of the "veritable" Walser spirit in Triesenberg are recommended to attend one of the annual Walser Meetings. At these folklore events, where typical folk costumes are worn, Walsers assemble from the scattered settlements to strengthen their sense of identity and to honour their venerable history. The 17th International Walser Meeting was held in Triesenberg in 2010. A major and boisterous event that is still recalled affectionately to this day by the inhabitants of the municipality. 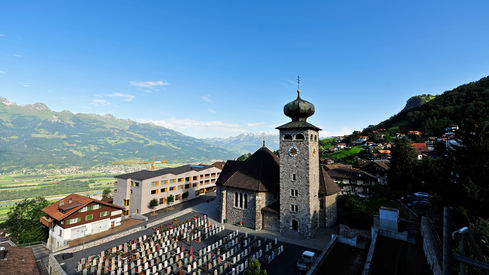 On the trail of the Walser spirit 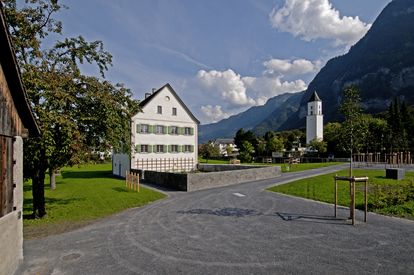 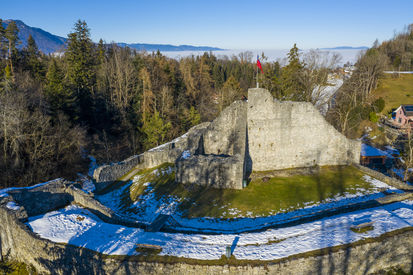 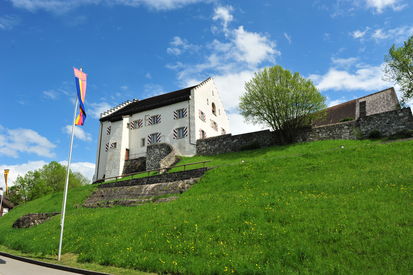 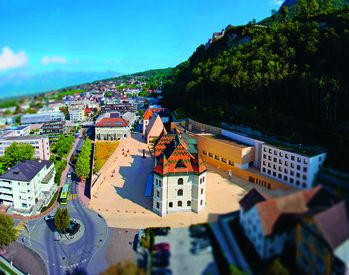 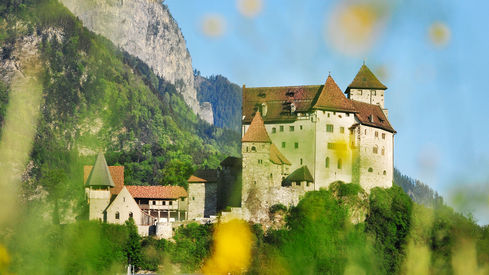 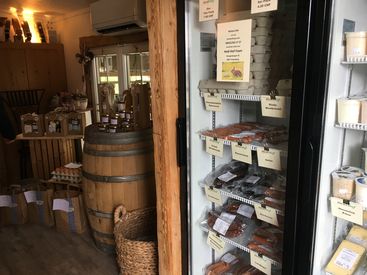 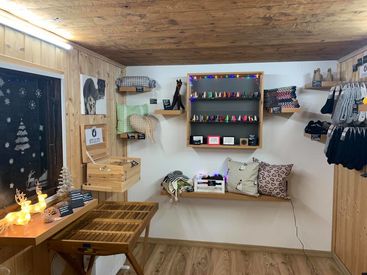